In a March 21, 2022 decision, the US District Court for the Eastern District of Tennessee held both that the IRS issued Notice 2016-661 in contravention of the notice-and-comment requirements of the Administrative Procedure Act (APA) and acted arbitrarily and capriciously in issuing the notice that identified certain micro-captive insurance transactions as “transactions of interest.”

Judgement was specifically entered to:

Generally, micro-captive insurance transactions involve insurers who provide insurance to a related business and who make an election under IRC § 831(b) for treatment as a small insurer that is only taxed on investment income.

In November of 2016, the IRS issued Notice 2016-66 that identified certain micro-captive transactions as “transactions of interest.” Notice 2016-66 imposed certain reporting requirements on taxpayers and their advisors that levy substantial penalties under §§ 6707, 6707A, and 6708 as reportable transactions if information is not disclosed or is disclosed improperly to the IRS. The disclosure requirements are generally satisfied by filing Form 8886 with a taxpayer’s federal income tax return that includes the information requested from taxpayers in Notice 2016-66.

In 2017, the plaintiff—CIC Services—filed a preliminary injunction against the IRS in the US District Court for the Eastern District of Tennessee on the grounds of the IRS’s failure to comply with the APA’s mandatory notice-and-comment requirements.

After ruling that the APA did not prohibit the U.S District Court from hearing the case, the Supreme Court remanded the case back to the District Court.

Returning to the merits of CIC’s compliant, the district court relied upon a recent decision from the Sixth Circuit in Mann Construction v. US2 and found that the IRS did not comply with the notice-and- comment procedures that are required by the APA.

The Court also ruled that the IRS acted arbitrarily and capriciously in issuing Notice 2016-16 because, at the time of its issuance, the IRS failed to show that it examined the relevant data and articulated a satisfactory explanation for designating the transaction as a transaction of interest. The Court found that the IRS’s awareness of the micro-captive transactions and its belief for the potential for abuse was insufficient for purposes of the APA absent additional facts or data that illustrated the Notice was issued within the bounds of reasoned decision-making. Instead, the record primarily consisted of prior IRS notices on reinsurance arrangements as well as legislative history and case law regarding captive insurance in which the IRS noted only some disapproval of captive insurance transactions.

In granting CIC’s motion for summary judgement, the Court entered a judgement that vacated Notice 2016-66 in its entirety and ordered the IRS to return information produced in connection with Notice 2016-66 to taxpayers and material advisers.

From an administrative and rulemaking perspective, the decisions in CIC and Mann represent significant setbacks against the IRS’s extrajudicial approach toward wielding its authority to identify certain transactions that are subject to disclosure requirements. It is likely that the IRS, when identifying future reportable transactions, will make a more concerted effort to produce relevant facts and data that support the decision to bring a particular transaction within the bounds of its disclosure regime.

At this time, it is unclear whether the IRS will seek an appeal of the CIC decision. For taxpayers who reside in the Sixth Circuit (Tennessee, Kentucky, Ohio, and Michigan), reporting requirements and penalty assessments should no longer apply. Accordingly, any penalties imposed by the IRS for failure to properly disclose would be abated and taxpayers should consider filing protective claims. It is quite possible, however, that the IRS will appeal the decision and enforce Notice 2016-66 during the interim. If the IRS successfully appeals the decision, taxpayers deciding not to file disclosures at the present time would need to consider whether amending is appropriate.

If you have any questions, please reach out to one or our insurance industry professionals. 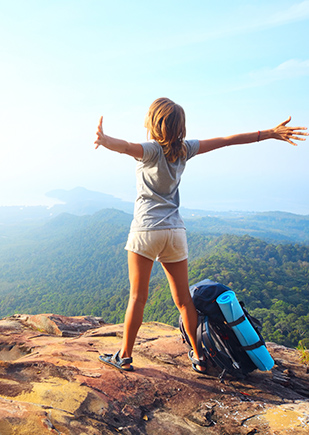